An opportunity to soar | Damini Rambhad

Before we ever had cricketing heroes in India, we had a much-vaunted and much-feted hockey lore with hero after hero after hero. We had wrestling idols who achieved international fame and repute. We even sent a kabaddi team to put together a demonstration at the Olympics in 1936, a story worth reading all on its own. Over the years though, cricket – men’s cricket to be accurate – has dominated our sporting imagination so much, as a nation we’ve struggled to find inspiration beyond that. Even though we’ve lately begun finding joy in some other sports, it is largely still cricket, cricket, cricket. Not that I have anything against cricket (except maybe the commercial spectacle that is the IPL), but I strongly believe we have the potential, and certainly the population, to be a global giant across sporting arenas.

What we need is a framework that identifies and nurtures talent and allows it to flourish at every stage. What we also need is sports infrastructure and governance that keeps step with talent, ambition and global trends and innovations. And we need governments at every level – national, state, corporation – to make sports a priority, not a stepsister.

One of the biggest facets of sports, for me, is how it can enable and empower women and give them a platform entirely their own where they can control their destiny themselves. And we have so many examples in India – PT Usha, Mary Kom, the Phogat sisters to name a few – who can inspire generations of women in India to get into sport, challenge and overcome their circumstances and become the champions they deserve to be.

Which brings me to the hero of this post, Damini Rambhad.

Damini is a young athlete from Nagpur who is making her mark in the little-known world of fencing! When she was a little girl, Damini discovered “talwarbaazi” and made it her life’s dream. At an age when most girls have little beyond education to secure their futures, Damini chose a sword.

Since then Damini has been unstoppable. As she says, she has celebrated every victory and learnt from every loss. But like the true athlete she is, she has never given up. She just goes back to improving her game. She’s won 17 national championships and 23 state medals. When she speaks of her journey, you can hear her passion, dedication and love for the art of fencing.

When Damini learnt she was to represent India on the global stage at the World Fencing Grand Prix in Shanghai, excited as she was, she was also very worried about how to manage her expenses. It is unfortunate that decorated athletes who represent our nation in lesser-known sports have to pay their own way. Damini is one among so many talented athletes who lose out on not because they lack passion or don’t work hard but just because they cannot afford to pay costs towards travelling to competitions.

Damini first came to the attention of the Shivprabha Charitable Trust when she was sourcing funds to pay for her trip to Shanghai. Despite all the challenges she was facing, I was struck by her courage, optimism and positive spirit. She took me by surprise. She articulately argued our government’s shortsightedness when it comes to sport and particularly women athletes, but spoke highly of all the people who had come forward to help her throughout her career sometimes when she didn’t even have money to pay for bus tickets to attend a competition. Despite her struggle, she is vocally grateful for all she has received.

Damini proudly says that when she was collecting funds for Shanghai, all of Nagpur rallied behind her. The Times of India and Dainik Bhaskar published stories and introduced her to a wider audience. A local RJ Nisha shared her story. The Shivprabha Charitable Trust reached out to corporate sponsors like Fabtech Technologies who helped with contributions.

On Sunday, while Damini returned from Shanghai without a medal, as she says she got something a lot more – the experience of participating on the world stage. She says India has a lot to learn from the Chinese in how they treat their athletes not as liabilities but as assets. China invests in their training, offers them financial support all through their careers so they can focus on their game. Damini hopes that someday this will be India’s story too. That talented athletes like her will only need to worry about their performance and not about how to raise money to travel. It is not a dream without challenges, especially in India, but it is a dream that is not distant. I too share this dream that one day India will be known as a global powerhouse in sporting disciplines across the board and our athletes will be spoken of with the same reverence as a Usain Bolt or a Martina Navratilova. Till that happens, Fabtech and I will both continue to do our best to make that dream reality for as many people as we can.

Amol Sainwar is the founder and president of Shivprabha Charitable Trust. 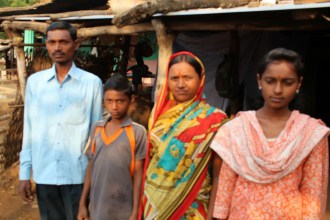 Empowering a generation of... 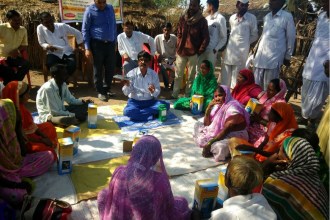 They say India is an agrarian economy. They say...