The primary goal of any process or facility manager or building owner is to create an effective and efficient method that saves energy and reduces HVAC system costs.

HVAC systems are indispensable to the production process, especially in the pharmaceutical industry. They account for 50-80% of the site energy and have a direct impact on manufacturing costs to the tune of 30%. Both capital and operating costs have a role to play in the economics of HVAC systems. Operating costs include energy consumption costs, maintenance, and repairs, recommissioning, replacement, and preservation of the asset. Though operating expenses have a higher contribution towards the HVAC, the focus is always on capital expenditure.

Increase in HVAC operational costs directly impacts manufacturing cost, ultimately increasing the price of the medicine to the consumer.

Many components in the HVAC system have undergone significant changes to improve efficiency. Pumping systems that support the operation of chillers offer an excellent opportunity to optimise the performance of the HVAC systems.

Pumping or fluid system technology is used widely in pharmaceutical, biotechnology, semiconductors, healthcare, construction, mining, forestry and agricultural sectors. Pumping systems have a significant effect on energy consumption patterns where consumption of energy can be as high as three-quarters of the pump’s cost of ownership and recurring cost. The pumping system’s efficiency not only depends on its design but also its operations.

At Fabtech, we are continually researching methodologies that result in savings that positively impact capital and operating costs for our customers. This blog addresses the importance of the Primary-only Variable Pumping system and highlights its benefits.

How does this system work?
The distribution system is variable flow using two-way valves at cooling points. The main purpose of the Variable Primary Pumping system is to maintain the flow rate through each of the loads. The control valve in the bypass line is modulated by design to control the flow of water. This allows the bypass line valve to maintain each operating chiller at a minimum limit of the flow even during low operational capacity. In the above process flow chart, the design uses the variable primary pumping method to circulate water throughout the chilled water loop. This loop comprises of Variable Frequency Drive (VFD) controlled variable primary pumping systems and water bypass line. The Variable Primary Pumping system adds a modulating control valve in the bypass line. Also, it includes a Differential Pressure (DP) sensor that controls the response of water flow depending on the system demand.

The load demand across the Air Handling Unit (AHU) is dependent on the change in the line pressure, which is recorded by the Differential Pressure (DP) sensor. The DP sensor gives this feedback (signal) to the pump controller, which communicates with the VFD to regulate the pump speed.

How does this save costs?
The flow of water adjusts according to the requisite demand, thereby reducing wastage of pumping energy. This savings in energy shrinks daily operational costs by 3-8%

The Primary only system, unlike the Primary/Secondary system, reduces upfront capital expenditure as a result of eliminating secondary pumps. This expenditure includes associated installation and other costs that include wiring, piping, valves, and other onsite expenses.

Savings are considerable enough to offset the cost of additional bypass valves. Space saved can be utilised for other requirements.

Primary facility managers and HVAC designers prefer Primary Variable Pumping system because of the simplicity in design. Also, when you consider a reasonable payback period, there is no additional increase in operational or maintenance complexity.

Our Life Engineers can help you reduce cost, increase savings and optimise your manufacturing operations through our innovations for cleanroom applications. Please fill the form below to request a callback.

This post was originally published on our Air blog. 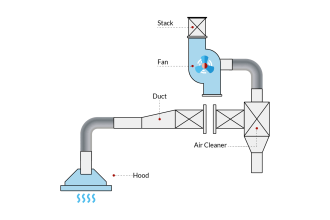 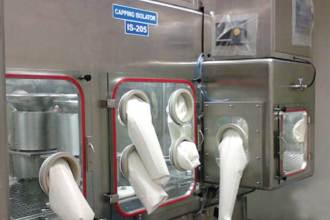 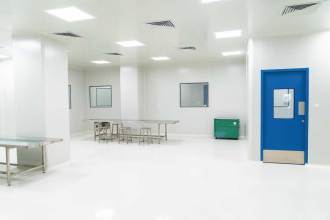 The advantages of modular...