The Changing Nature of Disease

Across India we have at least three distinct seasons, not counting the arid west or the tundra-like north. The most distinct is the monsoon followed by post-monsoon and summer with a month or two of winter! With each of these seasons come seasonal pests from flies to mosquitoes and diseases like conjunctivitis, malaria, dengue and stomach infections.

Apart from these seasonal diseases we also have some illnesses that have become almost endemic, like hepatitis, typhoid and malaria. Are we able to take solace, at least that we have as yet not been widely afflicted with the rich nations diseases?

A WHO Report predicts that in the year 2020, 2.6 million Indians will die of coronary heart diseases (CHDs), which constitute 54 % of all CVD (cardiovascular disease) deaths. Moreover, around half of these deaths are likely to strike young and middle-aged individuals in the age group of 30 to 69 years, whereas only 23% of CHD-related deaths in Western countries occur in this age group.
A statistic that has come to the limelight is that CVDs are increasing in Maharashtra between the age group of 30 – 40 years. Lipid profile and cholesterol levels are high amongst men and women in the age bracket of 45-50 years.

The United Nations predicts that by 2050 about 64% of the developing world and 86% of the developed world will be urbanised. That is equivalent to approximately 3 billion urbanites by 2050, mostly residents in Africas and Asian countries. The United Nations has also recently projected that nearly all-global population growth from 2017 to 2030 will be absorbed by cities, with the addition of about 1.1 billion new urbanites over the next 13 years.

Another emerging statistic amongst the Indian population is Type 2 diabetes. A major lifestyle factor for developing Diabetes Mellitus type II is urbanisation. CHDs and Type II diabetes are known as non-transmittable or ‘way-of-life’ diseases. One more we can add to this list is cancer. No doubt cancer has its hereditary quotient but regular monitoring and lifestyle changes can prevent onset.

The good news is that these lifestyle diseases can be prevented by lifestyle changes within the same environment, like taking a 30-minute brisk walk at least 4 times a week and ensuring that one eats healthy by not succumbing to fast food.

Apart from migrations of populations we see trends of vector-borne diseases spreading. Frightened environmental scientists are already asking themselves will the Anopheles family, better known as the Malaria mosquito, buzz the rooftops of Miami in the not too distant future? Any traveller from India to US in Air India will have seen a ritual carried out before the plane touches down in the US – an aerosol spray of some gas is released by an attendant walking through the cabin. It seems a little insulting at first but really the US authorities are only ensuring the term ‘travel bug’ is not taken to a new level!

‘Disease vector encroachment’ — the migration and expansion of dengue, malaria, etc. — is just one of the many threats to health associated with climate change. Other impacts include health effects due to severe storms, heat waves and the movement of climate refugees.

Globally climate change is bringing about strange health issues. A report in 2014 by The Weather Company a subsidiary of IBM says that climate change is already changing both personal and public health. A team from The Children’s Hospital of Philadelphia examined the health records of more than 60,000 Americans alongside weather records. They found that individuals were most likely to be hospitalised with kidney stones three days after a temperature spike! Statistics show that since 1994, kidney stone incidence has risen from about 1 in 20 people to 1 in 11, demonstrating a trend that is likely to continue, as the globe gets hotter! Other impacts are effects of severe storms, droughts, heat waves and the movement of climate refugees. The Lancet has called climate change, “the biggest global health threat of the 21st Century.“

Can anything be done to prevent or mitigate the effects of these changes and their impact? Several steps can be taken both for the longer term and for short-term benefits. Take the example of New Delhi and its environmental pollution impact. These have to be fought at various levels. Centre for Disease Control (CDC) does tremendous work in the US to manage disease and epidemic outbreaks. CDC is an arm of the US Government and art of the Office of Public Health Preparedness & Response. They are ready for instant responses to pandemics or natural disasters or chemical/radiological leaks that often strike without much warning.

India should either have an NGO or a Government body akin to the US CDC. Having said that the CDC opened an office in India in 2001. This was mainly to collect data and to provide technical help in TB and HIV for USAID, WHO & the Indian Govt. in TB/HIV co-infection programs.

Research, not so much in new drugs but laboratory research in vaccines and sera to prevent or mitigate likely exposure is also needed. Also needed is data, although WHO produces a substantial amount of data it may be not specific to India and it may be not be when India needs it. If India could develop paramedics like the ‘barefoot’ doctors of China that would be a great move forward in disseminating education and information to the less privileged, who are normally the first to be afflicted. 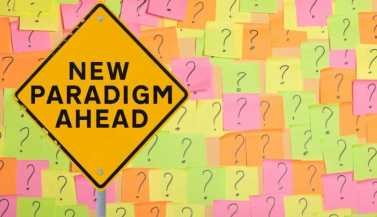 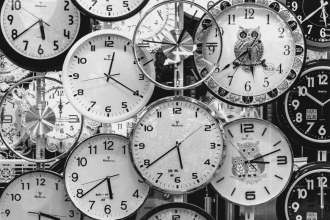