We’re called mortals. All of us come with an expiry date. Mortality is a universal truth. But, like all truths, it has many versions.

There are several million people who die every year whose deaths could have been prevented. Deaths due to non-existent or unaffordable healthcare.

Healthcare as a practice itself has a wide range of configurations: and includes hospitals, doctors, medicines, preventive diagnosis and treatment of disease and other impairments in human beings. These constituents of healthcare should not only be present but should also be affordable.

When we talk about affordability and availability what immediately springs to mind is our own India, but the problem, however, is far more universal as avoidable mortality does not spare even rich nations like the United States.

The WHO defines having access to medicine as having medicines continuously available and affordable at health facilities that are within one hour’s walk of the population. Any country lacking, due to availability or affordability, one or more of the constituents of health care is bound to have preventable deaths. The World Health Organization (WHO) has several statistics to support this. Although the percentage of the world’s population without access to essential medicines has fallen the total number of people without access remains between 1.3 and 2.1 billion people(1). Lack of access is particularly concentrated in Africa and India according to WHO.

The economic impact of pharmaceuticals is substantial, especially in developing countries. While spending on pharmaceuticals represents less than one-fifth of total public and private health spending in most developed countries, it represents 15 to 30% of health spending in transitional economies and 25 to 66% in developing countries. In most low-income countries pharmaceuticals are the largest public expenditure on health after personnel costs and the most significant household health expenditure. And the expense of serious family illness, including medicines, is a major cause of impoverishment. Despite the potential health impact of essential drugs and substantial spending on drugs, lack of access to essential medicines, irrational use of drugs, and poor drug quality remain serious global public health problems(2).

In 2015, approximately 1.6 million Africans died of malaria, tuberculosis and HIV-related illnesses, diseases that can be prevented or treated with timely access to appropriate and affordable medicines. But less than 2% of drugs consumed in Africa are produced indigenously, and as a result, the sick do not have access to locally produced drugs and aren’t always able to afford imported ones. In some parts of Zimbabwe, for example, nurses dole out painkillers to sick patients as a “treat-all drug,” says Charles Ndlovu, a Zimbabwean living in Botswana. With most medicines unavailable, the nurses have little choice (3).

Africa’s capacity for pharmaceutical R&D and local drug production still has a long way to go, say experts. Only 37 out of 54 African states have some level of indigenous pharmaceutical capability. The result is that Africa imports 70% of its pharmaceutical products, with India alone accounting for nearly 18% of imports in 2011. Pharmaceutical imports in Africa include up to 80% of the antiretroviral drugs (ARVs) used to treat HIV/AIDS, according to trade data(4).

Even in poor countries, people are living longer and healthier lives. Child mortality has fallen by almost half since 2000. The rate of new HIV/AIDS infections has dropped by 40%. About 7 million deaths from malaria have been prevented.

Primary health care is the central nervous system of any country’s medical services. It helps monitor the general health of communities, treatment of chronic conditions and provides day-to-day relief. Most of all it can ensure that an infectious disease does not become an epidemic. Compare the Ebola outbreak of 2014, where nearly half of Liberia’s population could not afford primary care, and the deadly virus spread quickly to easier containment in parts of West Africa with better primary care.

Unfortunately, the collection of data that is vital to see trends in health care is not easy and sometimes confusing. The WHO is doing yeoman service in this area, but its data is not always as current as one would wish. WHO published a 215-page report “The World Health Report 2000” in which it ranks all the member states in a number of parameters for capturing health. It ranks India as 121 amongst 158 member countries in overall health system attainment. Japan is number 1 followed by Switzerland, Norway, Sweden and Luxembourg. Canada is seventh and the United Kingdom ninth.

This goes to show that countries with well run National Health Schemes score high on health including adult and infant mortality. Rich countries that rely on private spending and private health insurance do not do so well.

The WHO produces a list of essential medicines and updates every two years. The August 2017 update lists 32 Categories of medicines and provides a list of minimum medicine needs for a basic health-care system, listing the most efficacious, safe and cost-effective medicines for priority conditions. Priority conditions are selected on the basis of current and estimated future public health relevance, and potential for safe and cost-effective treatment(5).

Most of the medicines are listed in their generic forms, and a review of the list is assuring because India does make or is capable of making most of these. India also has the capability and the potential to help other countries set up facilities that can make the essential list of medicines right where it is needed. In India, since most branded drugs are branded generics (generic molecules which have gone past their patent date) and can be manufactured by those that file and get approval for ANDAs (Abbreviated New Drug Approvals) most of WHO’s essential list is available at comparatively low costs.

In India, therefore, medicine prices are one of the cheapest in the world, for out-of-patent molecules, which constitute most of the common needs in medication. One of the emerging challenges is that the aspect of ‘quality’ of the medicine is not merely in its testing but also in the way it is manufactured or what is known as GMP or good manufacturing practice and this is regularly updated and termed as cGMP to denote the current thinking in regulatory requirements. One school of thought criticises the pressure on bringing down costs of manufacture as this can lead to shortcuts or violation of cGMP and also lead to counterfeit or fake drugs as Indian Regulatory Agencies are not adequately staffed or organised to monitor/test the large numbers of manufacturers & products.

One of the most obvious solutions to make medicine globally affordable and accessible is to build capability. Everywhere. By sharing technology, by building indigenous manufacturing capability. Enabling countries across the world to manufacture the medicines they need will bring down costs and make medicines easily and readily available to those who need them. This is the ethos of life engineering. 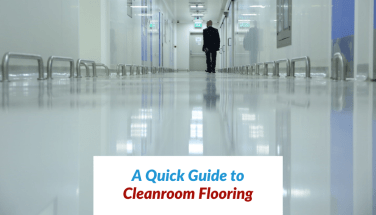 A Quick Guide to Cleanroom... 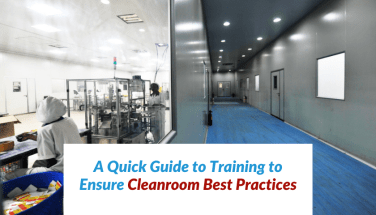 A Quick Guide to Training to... 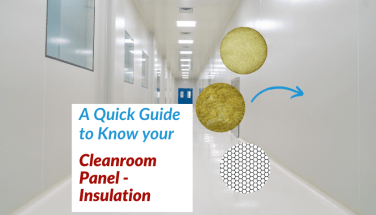